From WikiEducator
< Describe the effects of massage
Jump to: navigation, search

By engagement with the material within this learning module, a student should gain an understanding of the effect their deep-tissue strokes have on the physiological processes operating within the body.

Massage strokes can be considered to have one or more of the following effects.

Often when a muscle has been overworked, tense, or stationary for a period of time the layers of myofascia within the muscle can become adhered to each other. This restricts circulation to the muscle cells, and leads to a build-up of metabolites such as lactic acid. Massage strokes that break this type of adhesions typically involve a cross-fibre component. Consider this image of muscle structure .

This rotation breaks adhesions between the epimysium and the deeper perimysium.

Now consider the effect of the same stroke on the deeper myofasica of the muscle. When the epimysium rotates, it tends to drag the perimysium with it. The perimysium as it moves pulls on the endomysium. In this way, a simple cross-fibre stroke can work right into the centre of a muscle, acting to break myofascial adhesions between many layers of fascia.

Breaking adhesions restores circulation and freedom of movement. The stored metabolites are then able to move back into circulation.

After doing some deep tissue work, you should always flush out the area that you have just worked into. The massage will have opened up circulation to the affected muscle, but the metabolic wastes will be sitting in the interstitial fluid. Flushing the area helps to return these metabolites to circulation via the lymphatic system and the cardiovascular system.

Do you need to review the Bioscience 1 lymphatic system module?

The effect of flushing on the lymphatic system

The lymphatic system is driven by a mechanical pumping action. When you flex and extend your elbow, the increased fluid pressure in the fold in the fold of your elbow (i.e. Cubital fossa) acts to push lymphatic fluid into your lymphatic capilliaries. Lymphatic vessels are one-way tubes, so that when fluid enters the tube it pushes all the fluid in that tube along. 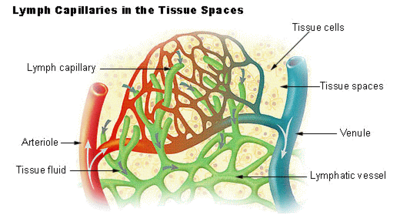 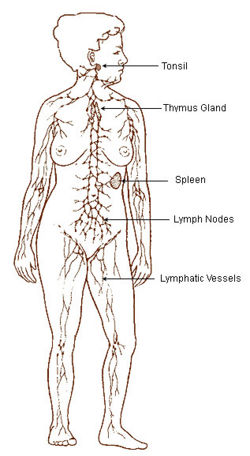 Lymph glands act as collection channels and pumps for the lymphatic system. They tend to cluster around the joints, because these are the areas which are subject to the greatest changes in fluid pressure.

Any stroke that increases the fluid pressure in the tissues will push fluid into lymphatic capilliaries and therefore increase lymphatic flow.

Manual Lymphatic Drainage is a specific bodywork application which aims to maximise this effect. It is used in the hospital treatment of lymphoedema among other things.

The effect of massage on the cardiovascular system

Massage has two main effects on the cardiovascular system.

Vasodilation
The application of massages stimulates the release of histamine, which increases the permeability of the capilliaries (Hertling & Kessler, 1996) causing local vasodilation. The pinking effect that you get on the tissues after you’ve worked an area is a sign of this increase in blood flow. Local vasodilation increases blood flow into the tissues and blood flow back into circulation. This increases the natural rate of flushing both during the massage, and also after the massage (as movement also has a flushing effect).

Venous return
Local fluid pressure has some effect on venous flow, but the most significant effect massage has on venous circulation occurs as a result of deep longitudinal strokes in the direction of the heart. Venous return is dependent largely on the pressure exerted by the contraction of muscles on the veins (Marieb, 2004). Deep longitudinal effleurage strokes in the direction of the heart act to increase venous return by pushing blood through the veins.

Summary of the effects of massage on circulation

Although most of the stretching effects of massage occur because of stimulation of the nervous system stimulation, it’s useful to consider them separately because of their importance. 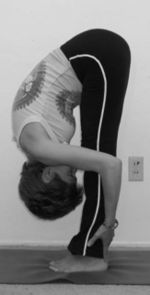 Any massage stroke that engages with the muscle and produces a pull in the direction of the muscle fibres (i.e. a longitudinal stroke) will act to stretch the muscle. The effect on the body is similar to if the client stretched that muscle themselves. Deep longitudinal effleurage on the hamstrings will have a similar effect to the stretch demonstrated here.

When stretching muscles move against each other. This breaks fascial adhesions that may have formed, freeing up movement. Stretching also stimulates the proprioceptors of the muscles leading to either toning (rapid stretching) or relaxation/lengthening (long slow stretches).