Day in the life of a tourist/Knowledge of New Zealand

From WikiEducator
< Day in the life of a tourist
Jump to: navigation, search

This project is being assessed to NZQA 18212 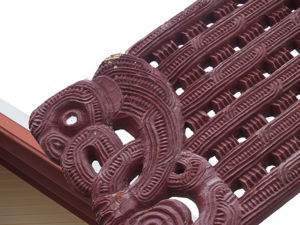 Being able to understand the location of New Zealand in relation to the International Date Line (IDL), Greenwich Mean Time (GMT), the equator, hemispheres and time zones is vitally important when discussing travel with an international visitor wishing to travel to New Zealand.

Locate a world map/globe either on the internet or from a brochure or atlas and familiarise yourself with each of the above areas.

In the tourism industry, the 24 hour clock is used to avoid confusion and reduces errors in identifying a.m. and p.m. The 24 hour clock is always shown as four digits which includes the hours and minutes. The cycle commences at one minute past midnight - 0001, and ends at midnight - 2400. Morning hours are fairly obvious e.g. 9.00am = 0900, for the equivalent time in the afternoon/evening you simply add 12 hours or 1200. Check out your skills by completing the online quiz you will find under resources.

The Earth is divided into 24 (one hour) standard time zones bordered by meridians each 15° of longitude apart. However, there are some exceptions where the time zones are irregularly shaped because of political or geographical boundaries. Each time zone around the world is referenced to the Greenwich Meridian, an imaginary vertical line near London, England. The Greenwich time zone is known as Greenwich Mean Time (GMT) and is shown as zero. Each time zone west of GMT is expressed as a negative number because the time is earlier than it is at GMT e.g. Uruguay -3. Each time zone east of GMT is expressed as a positive number because the time is later than GMT e.g. New Zealand +12. The stopping point for determining East and West is another imaginery line called the International Date Line (IDL).

Every airport and city in the world has a three letter code assigned by the International Standards Organisation (ISO. The International Air Transport Association (IATA) has adopted these codes which are used for everything from reservations to luggage labels. When you discover there are three Londons in the world and at least two Dunedins you can see that it is vital to have a system to differentiate these cities.

If a city has only one airport, the city and airport code will be same e.g. Dunedin city and airport - DUD. Cities with multiple airports, will have a city code and a separate code for each airport. e.g. New York City - NYC, La Guardia Airport - LGA, Kennedy Airport - JFK.

A passport is an official document issued by a national government that states the holder's citizenship. All countries in the world will require travellers to show their passports on entering the border of each country. Passport validity - 5 years or 10 years - differs between each country and entry requirements for some countries can also state that you must have at least 6 months validity left on your passport when you enter.

In addition to your passport, some countries will require the traveller to obtain a visa prior to their arrival. A visa is the offical permission of the government of a country for the person to entry for a specific reason and duration of stay. It is usually in the form of a stamp on a page in the passport. The four main types of visas are tourist, work, student or business.

When travelling overseas, one of the main considerations on when to travel and on which destination the tourist will choose can be the weather conditions they will experience at their destination. It is important therefore to be able to provide correct information so they are prepared and will not have unrealistic expectations. In New Zealand, there are four seasons, summer, winter, spring and autumn which occur in reverse of the Northern Hemisphere seasons. The climatic conditions are very variable and travellers must be prepared for very changeable conditions.

Please complete section six in your information sheet/booklet providing details of temperature range, the season, and advice on appropriate clothing for the proposed itineraries. 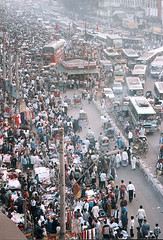 "Culture shock is the difficulty people have adjusting to a new culture that differs markedly from their own." wikipedia. Travellers have expectations of a country's culture and how these expectations are met will influence how they enjoy their experience. Culture refers to the lifestyle of a group of people consisting of their values, beliefs, language, art, sport, music food and laws. Culture shock may manifest itself in several ways. Tourists may feel "uncomfortable" as they are unsure of how to interact with other people e.g. to greet people by either shaking hands, hugging, hongi or kiss. They may feel frustrated over minor delays out of proportion to their causes. View the video on culture shock for an insight on some of the "shocks" you may encounter!