From WikiEducator
< Day in the life of a tourist‎ | Activities
Jump to: navigation, search 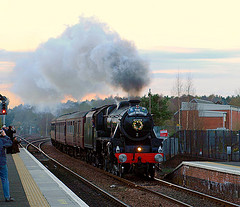 Your family from Australia wish to travel throughout New Zealand by rail. Describe for them the network available, days and times of travel. Which service is "world famous"?

Identify four steam train journeys you would recommend to an enthusiast. Advise name of the service, the cities it operates between and the range of prices.

In which four cities are underground rail systems and what are they named?