Some elements tend neither to lose nor to accept valence electrons. They achieve the stable electron configuration of a noble gas by sharing electrons.

A pair of shared electrons forms a single covalent bond. A set of atoms linked together with covalent bonds is called a molecule.

The formation of covalent bonds can be illustrated by Lewis dot structures. 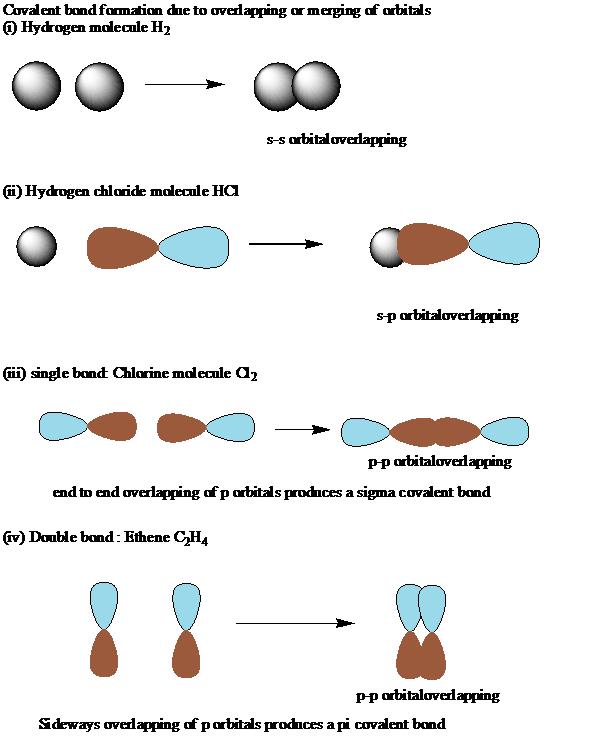 This sideways overlap also creates a molecular orbital, but of a different kind. In this one the electrons aren't held on the line between the two nuclei, but above and below the plane of the molecule. A bond formed in this way is called a pi bond In ethene the first bond is a sigma bond while the second bond is a pi bond.