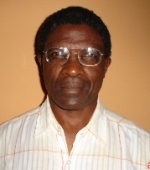 I graduated with a B.Sc (Agriculture with Honours degree) at the University of Zimbabwe in 1978. I obtained a Master of Science Degree in Agronomy at the University of Florida, Gainesvill, USA in 1985 and comopleted the Doctor of Philosophy degree in Agronomy with a major in Plant Breeding and Genetics in 1987. I served as a full time groundnut breeder for eleven years in the Ministry of Agriculture in Zimbabwe during which I released two improved groundnut varieties. I have 14 years experience as lecturer in Plant breeding and genetics at both graduate and undergraduate levels. I have supervised more than 15 students in the of science degree programs. I have extensive experience in administration, having held positions of Head of Crop Science at Chibero College of Agriculture in Zimbabwe, Head of the Crop Breeding Institute in the Ministry of Agriculture and Director of the Biotechnology Research Institue at the Scientific and Industrial Development Research Centre (SIRDC), Harare, Zimbabwe from 2003 to 2004 and Lecturer, Plant Breeder in the Department of Crop Science at the Universtiy of Zimbabwe (1994-2001). I have also served as Principal Director of Agricultural Services in the Ministry of Lands Agriculture and Rural Resettlement in Zimbabwe from 2001 to 2002. I have represented the Government of Zimbabwe at the FAO General Council Meetings. I have been part of several consulting missions with the most recednt one being on "Evaluation of policy for SADC countries and productions of recommendations in order to enhance r esilience of food and nujtrition security to climatic shocks such as drought, floods, climatic changes and global changes in food and energy prices. For further details on other activities click Chiteka CV