At the centre of the envisaged ‘arena’ for change in education are learners and it is their teachers who have most influence on their learning ecologies. Change agents often work with teachers, students and schools to improve educational outcomes. For example, a class in a school can be seen as one ecosystem nested within the ecosystems of the department and whole school. In addition, education and digital technologies are influenced by many external factors. For example, schools are subject to changes in educational policy as well as the introduction of new products including educational software and networks.

The arena of change

The Arena of change with digital technologies was updated in September 2015 and used to map Smart Partnerships at the EDUsummit that took place in Bangkok to support UNESCO's work with ICT in education. This version brings the important influence of people and places outside the school into view.

The Arena designed by Niki Davis on which to map the overlapping and nested ecologies that are co-evolving in education, with a teacher at the centre.

Figure 1 below depicts an earlier version of the Arena, which is also described area of change with digital technologies in education with a class of learners, their teachers and some digital technologies as the central ecosystem nested with the school or college and surrounding ecosystems, and so on and on until all educational systems are included within the national ecozone and global ecosphere. 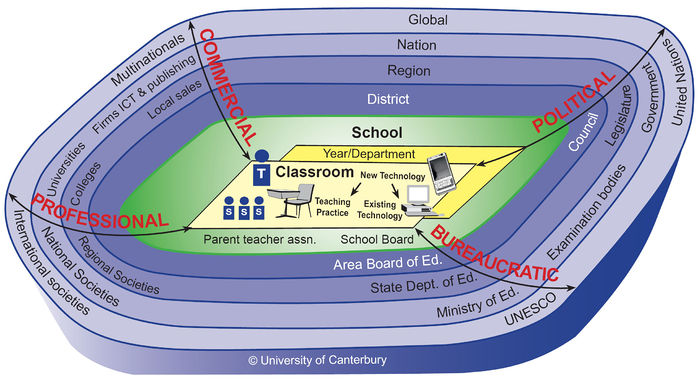 Figure 1: The arena of change with digital technologies in education

In this ecological perspective change with digital technologies in education occurs as changes in behaviour of people and rearrangements of space and resources, including the time and place of learning and its assessment. And, as both education and digital technologies are evolving, the term co-evolution is also relevant where one influences the evolution of the other.

Other key terminology that informs this view is that the teacher is the ‘keystone species’ with the most influence on the learning ecology. However, this is far from simple because the application of digital technologies tends to decouple the role of the class teacher across a range of people and the role of those who support learning out of school is also recognised. In addition, the behaviour of organisations changes over time to support (or challenge) the embedding of specific digital technologies including computers and the Internet.

You can read more about this co-evolutionary theoretical framework in a range of sources, including:

Davis N.E. (2010). Global interdisciplinary research into the diffusion of IT innovations in education. In A. McDougall, (ed.), Researching IT in Education: Theory, Practice and Future Directions. (142-149) London: Routledge.

Davis, N.E., Eickelmann, B. & Zaka, P. (2013). Restructuring of Educational Systems in the Digital Age from a Co-evolutionary Perspective,Journal of Computer Assisted Learning, In Press.

Zaka, P. A. (2013). A case study of blended teaching and learning in a New Zealand secondary school, using an ecological framework. Journal of Open, Flexible and Distance Learning, 17(1), 24-40.

Internal and external ecologies for reframing processes of change

A few theoretical perspectives will be introduced in this introductory section to inform understanding of the change processes, starting with those closest to the learner and teacher at the centre of the arena in Figure 1.

The remaining subsections of this introduction processes of change with digital technologies in education because that changing the frame and level of focus is a useful technique for analysis and interpretation of changes that are complex and chaotic processes. Taking the system as a whole become too difficult to interpret and useful action may be at a number of levels simultaneously.

In this course we will consider the following ecologies: