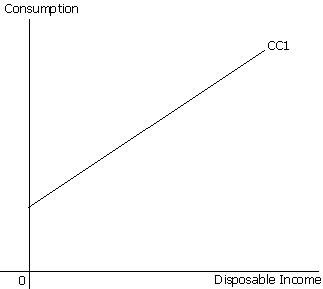 Line CC1 is a straight line and has a positive slope. It depicts that aggregate consumption is positively related to aggregate disposable income. It explains that, an increase in disposable income will promote to an increase in consumption. Many economists try to set up the relationship between economic variables in different ways. One of the most popular and easy method is through curves. A non linear function of graph is depicted in terms of curve. Let us consider the following curves. 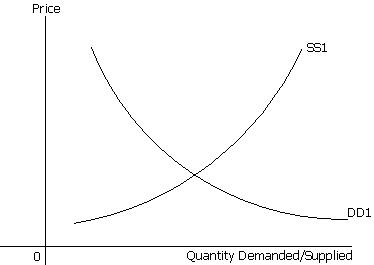 Slope is also popularly termed as ‘the rise over the run’. Here rise is the vertical distance while run is the horizontal distance. The measurement of slope can be shown as follows: 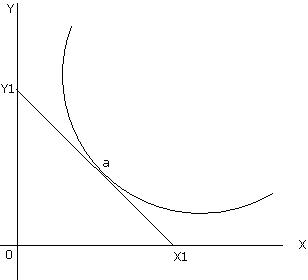 The main properties of slope are:

i) It can be numerically measured.

ii) In case of a straight line, the slope is constant through out the curve.

iii)In case of a non-linear curve, the slope changes through out the curve.