The First World War which was mostly called the World War or the Great War from 1914 until the start of World War 2 in 1939, was a major war centred in Europe that started on the 28th of July
1914 and ended on the 11th of November 1918. All the world's major powers at the time were involved, they were split into two groups the allies which was made up of the United Kingdom , France and Russia (until their revolution in October 1917 when the Bolsheviks who were communist took over) and then on April the 6th 1917 the USA joined World War One on the side of the allies, and the Central Powers who were made up of Germany, Austria-Hungry and later on in August with the signing of the Turco-German alliance the Ottoman Empire joined the Central Powers. These two groups got bigger as more nations entered the war.

During the course of the war more than 9 million soldiers were killed. This was mostly because of the great advances in firepower from previous conflicts and the lack of advances in mobility.

The Direct Cause of World War One

Some Important Battles Of World War One

The Battle of the Somme

The battle started on the 1st of July 1916 near the Somme River France and was between Britain and Germany,The Battle of the Somme was supposed to be a joint British and French attack on the 1st of August 1916. However, heavy French losses at Verdun brought the date of the Somme offensive forward by a month, to 1st July, on the insistence of General Joffe, The aim was to divert German attention from Verdun in defense of the Somme.


However the artillery bombardment completely failed to destroy ether the German trenches barbed wire or the heavily-built concrete bunkers the Germans had carefully and robustly constructed.lots of the ammunition used by the British proved to be badly constructed and ineffective( 'duds') . Many charges did not go off even today farmers of the Western Front can still unearth many tons of unexploded shells each year. As a result of this Lots of British troops were killed or wounded the moment they stepped out of their trenches into No Man's Land. Many of the men walked slowly towards the German trench's, laden down with supplies, they were expecting little or no opposition.They made for incredulously easy targets for the German machine-gunners. 58,000 British troops died on the first day.

The Battle of Passchendaele 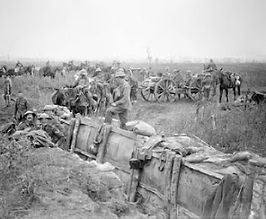 The  started in July in Passchendale Belgium and was between Great Britain and Germany. The British troops were commanded by Sir Douglas Haig who was also responsible for commanding the British troops at the battle of the Somme, his main aim for the attack was a breakthrough to the coast of Belgium so that the German submarine pens could be destroyed, this was because they were attacking British shipping. David Lloyd George the Prime Minister of Great Britain did not support Haig's plan but agreed to it because at the time the Allies(Great Britain, France and the USA) had no other credible plan. Haig's other reason was that he incorrectly believed that the German army's morale was really low after the Allies success at the Battle of Messines.  He believed that the Allies could use the German army's lack of morale to there advantage and roll through Flanders without  much trouble.


On the 18th of July 1917, a heavy artillery barrage was fired at the German lines which lasted 10 days. It was said the British had 3000 artillery guns that fired over 4 million shells. As a result of this the German army in the area fully expected a major attack from the Allies. The infantry attack started on the 31st of July 1917 and the main attack was led by Sir Hubert Gough's Fifth Army, and on their left was some units from the French First Army commanded by Anthoine and on Gough's right was the Second Army led by the victor of Messines, Sir Herbert Plumer. Like at the Battle of the Somme the Germans were fully prepared for the allied attack wich only made small gains.  In early August the area had the most heavy rainfall they had ever had in 30 years, because of this the area in Flanders effectively became a swomp.


This was a very costly battle for both sides, the British lost 310,000 men and the Germans lost 260,000. Because of this Haig was heavily criticized for the attack and for failing to change his plans when the attack was clearly not going to be a success.

The Battle of Verdun 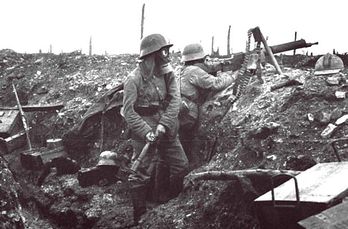 The Battle of Verdun started on the 21st of February 1916  and ended on the 16th of December 1916, this made it the longest single battle of the First World War. It was between France and Germany. The casualties from this battle and the impact it had on the French Army was one of the main reasons for the British starting The Battle of The Somme in July 1916 in an attempt to take German pressure of the French Army at the battle. The battle came about because  of a plan thought of by the German Chief of General Staff Erich Von Falkenhayn who wanted to "bleed France white" by launching a huge assualt on a thin stretch of land that historic sentiment for the French. Around the area of Verdun there was 20 major forts and 40 smaller ones that had historically defended the eastern border of France, these had been modernised in the early years of the 20th century.


140,000 German troops began the attack and were supported by 1,200 artillery guns which needed 1,300 ammunition trains to supply them. Also the germans  had complete air superiority with 168 planes in the area, this was the largest concentration of planes in history up to that point. And the French had only 30,000 troops to defend themselves against the Germans. On the 21st of February the day the battle started 1000 German artillery guns fired on a 9.7 kilometer/6 mile line along the French front. One French soldier wrote about the artillery bombardment "Men were squashed. Cut in two or divided from top to bottom. Blown into showers; bellies turned inside out; skulls forced into the chest as if by a blow from a club."


For the first time flamethrowers ( http://www.youtube.com/embed/c9OsYSCshec WW2 Flamethrower shown as an example of a Flamethrower ) were used in large numbers by the Germans to help them Advance the 12.9 kilometers/8 miles they needed to if they were to capture Verdun. By the 25th of February the Germans had captured 10,000 French prisoners. By the end of April the Germans had lost 120,000 men and the French 133,000, the battle continued on to the 16th of December 1916.

The invasion of Manchuria was part of the Second Sino-Japanese War and started on the 19th of September 1931 and ended on the 27th of February 1932. The two opposing sides were the Republic of China who was led by the President Chiang Kai-shek from the 10th of October 1928 to the 15th of December 1931 and then for the rest of the invasion by Lin Sen who succeeded him and the Empire of Japan who was led by the Emperor Hirohito/Shōwa. The outcome  of the invasion was that the Chinese lost and the Japanese launched a full scale invasion of china which eventually became part of the Second World War. 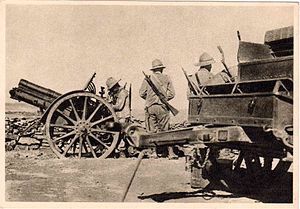 The war came about because of a border clash at Welwel Ethiopia in December 1934  which left 150 Ethiopians and 2 Italians dead , this led to the Abyssinia Crisis in The League of Nations, this was Italy's excuse to invade Ethiopia.
The opposing Army's of Italy and Ethiopia were vastly different, generally the Army's of Ethiopia were poorly equipped. Many of their new recruits were only armed with Spears and Bows while other soldiers had Rifles that were heavily out dated being from before the year 1900 also only about a quarter of the soldiers had any kind of military training,  while the Italian army had about 6,000 Machine Guns, 2,000 pieces of Artillery, 595 Tanks and 390 Aircraft, because of their Navy they had heaps of ammunition and all of the other supply's they would ever need.


The outcome of the war was that Ethiopia lost  and got annexed to Italy and Italian East Africa got established. 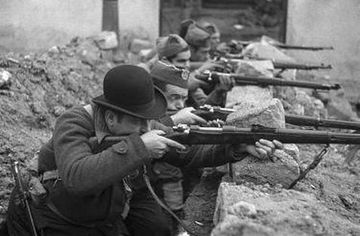 The Spanish Civil War started on the 17th of July 1936 and ended on the 1st of April 1939, it was between the Republicans who had control of Spain and were led by the President Manuel Azaña (1880-1940) and the Nationalists who wanted control and were led by Francisco Franco (1892-1975). Both sides got foreign support. The Republicans got support from the Soviet Union, Mexico, International Brigades(military units made up of foreign volunteers) and indirect support from France, and the Nationalists got support from Nazi Germany, Italy, Portugal and the Irish Brigade despite the Irish government having a prohibition against taking part in the war.


The first major victory for the Nationalists led by Franco was at the Battle of Badajoz in 1936 and the last one was at the end of the final offensive of the war on the 1st of April 1939. This resulted in the Nationalists winning the war and Francisco Franco becoming the Head of State of Spain until his death on the 20th of November 1975 aged 82.


The war lasted for 6 years and resulted in the Allies winning, the end of the Third Reich ( Nazi Germany), the creation of the organization known as the United Nations (UN), the United States and the Soviet Union becoming superpowers and the beginning of the Cold War. 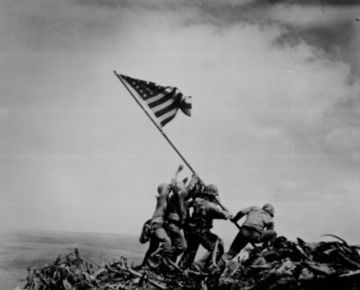 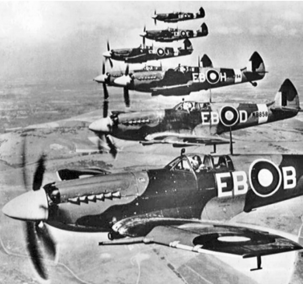 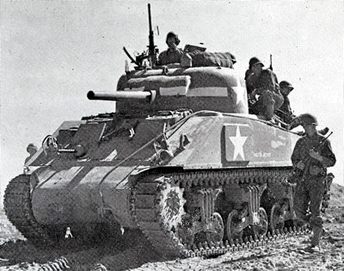