After WW1, the Allies divided up the axis territories that had been conquered, between themselves, and at that time japan was one of the allies, not one of the major Allie powers, but an Allie none the less. Whilst the other territories were being divided up between the allies japan went and 'carved out its own reward' from the territories that were in the pacific or it would have been given to one of the major Allie powers. These territories consisted of 3 Micronesian island groups in the pacific. These islands had a total indigenous population of 50,000 at the time that Japan took over. 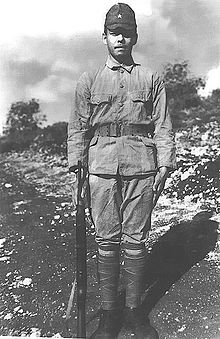