Use these templates to help develop your understanding of texts you are reading.

Often in a film or novel, there is a central event that changes the plot or affects the characters in some way. There are often smaller, contributing events that lead up to the main event, which can be described as 'causes' of the event. The main event will also result in a series of consequences for characters, relationships and the plot. Use this cause and effect diagram to identify the causes and the effects of the central event.

Test your understanding of character change: 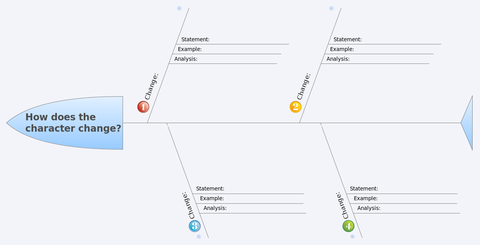 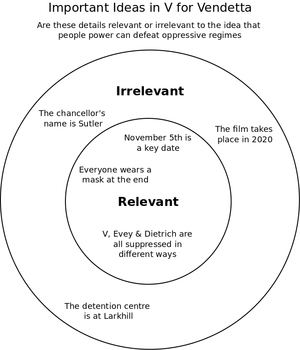 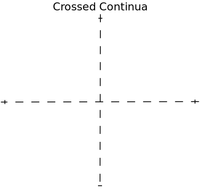 A continuum is a line that runs between two opposite ideas, for instance from hot to cold or soft to hard. A good way to analyse and compare characters is to plot them along a continuum, such as from kind to selfish, or from powerful to powerless. Using two continua adds more to your analysis of character, allowing you to compare powerful, selfish characters with powerless, selfish characters for instance. Choose two different continua and plot as many characters as you can think of using the two lines as axes.

Compare and contrast two characters, settings, relationships or ideas in a novel or film you have studied. How is character A similar to/different from character B? 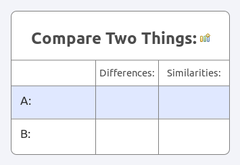 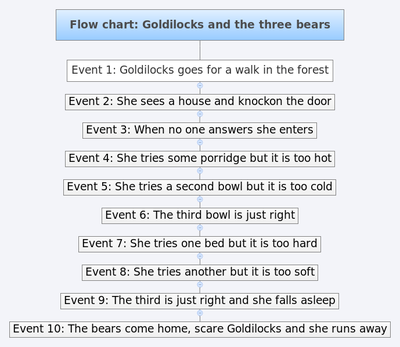 A flow chart helps you to identify the key events in a text and put them in the right order. Start with identifying the 10 most important events in a text. Even this is a useful process to go through, as you identify the more important (characters meeting for the first time, or achieving something significant) from the less important (someone having lunch or tying their shoelace). Once you have identified these key events, put them into the correct order.

One of the best ways to learn something is to teach others. A great way to learn more about the texts you are studying is to create a set of quizzes to test someone else's knowledge

Describe six characters from your text: use one adjective (describing word) and one noun (naming word) eg:

Create a list of settings in your text and match them with an event that happens at that setting. Once you have created these two lists, jumble up the settings and events and ask a partner to match them up. Can they put the event next to the right setting?