The Hunger Games - Reality TV and the Spectacle 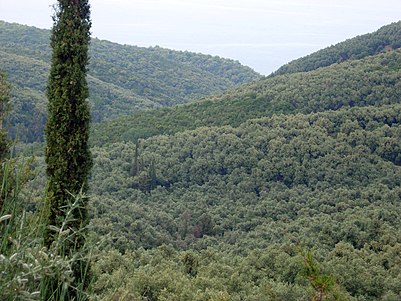 In the novel the Hunger Games, Reality TV is made entertaining to the audience of the Capitol and the other 12 remaining districts. The Hunger Games is entertaining to some members of this society because the games brings a festival like atmosphere to the Capitol with years of traditions following the games. Each Hunger Games has twenty four new tributes, one boy and one girl from each district. This means new challenges and a secret environment which only the game makers know about, bringing excitement and suspense to the citizens of the capitol and some of the Districts. It is also a time to gamble in the capitol where citizens can place bets on who they thing will win or on other outcomes, eg. who will kill who. 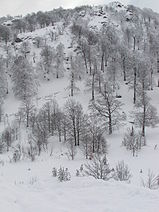 These two images show two different environments that have been used in different Hunger Games. The snowy environment didn't work well and the capitol audience got bored with it because every one was dieing from the cold. The Forest environment worked very well and it excited the Capitol audience because there was more planning and strategy involved in winning instead of just trying to survive the harsh weather. However, they liked it mostly because of the amount of fights to the death that went on in the games.

The Capitol makes The Hunger Games entertaining to show the power they have over all the twelve districts and that they can make them do what ever they want them to do. They also make it entertaining to obscure the harsh reality of what the actual meaning of the Hunger Games is for many of the citizens from the lower districts.

The Hunger Games is also threating to many of the citizens of the twelve districts. It is threating because if a district does not comply with the Capitol's order, they could be blown up by the capitol and it would be broadcasted on tv (just as the Hunger Games is) to scare the other districts, as well as to say this could be you if you don't comply with our orders. If the tributes from there districts do not do what the Capitol tell them to do it could be punishable with death or bring harm to their loved ones. In this way, the Hunger Games serves as a reminder of the Capitol's power and brings fear into most of the tributes and districts.

The Capitol uses The Hunger Games to control population because each year it kills twenty three teenagers. The Hunger Games is used to show the parents of each district that they can do anything they want to their children and they can do nothing to stop them. This make some people not want to have children in their district because they wont be able to survive watching there child get murdered while their killer walks free. It also uses it as a way to control the population by using it as a remind of what happened to district thirteen and to ensure that similar events don't reoccur in the future.