From WikiEducator
(Redirected from User:Hemish)
Jump to: navigation, search

"The basic purpose of development is to enlarge people's choices. In principle, these choices can be infinite and can change over time. People often value achievements that do not show up at all, or not immediately, in income or growth figures: greater access to knowledge, better nutrition and health services, more secure livelihoods, security against crime and physical violence, satisfying leisure hours, political and cultural freedoms and sense of participation in community activities. The objective of development is to create an enabling environment for people to enjoy long, healthy and creative lives."

Physical domain
It has to do with bodily and biological growth or maturation. The growth process involves changes in people’s bodies and the way in which they use their bodies.
Cognitive domain
It includes everything to do with knowledge and human ability to know like perception, thought, language memory, intelligence, problem solving, academic progress and learning.
Psychological domain
The “psycho” part of psychosocial domain relates to people emotions and their personalities; the “social” refers to their relationship with themselves, their parents or children, their peer group and the world around them.
Conative domain
A person’s conative domain includes things like motivation, striving, ambition choices and decision making. It relates to people’s will or inner drive to achieve a goal.
Moral domain
Moral domain is a key aspect of a person. It relates to morality, religion, values, attitudes and norms.

1. Genetic factors Children inherit certain genes from their parents, and these genes determine things like the person’s gender, blood group, colour of eyes, age they reach sexual maturity. They can also affect things like personality, interest, intelligence and so on.

2. Constitutional factors It deals with a person’s physical state. Let us say for instance; a person personality can change radically after the onset of a serious disorder like depression, migraine or incontinence. “Physique influences a person’s general development. These influences are particularly noticeable in the case of exceptional characteristics, for example, excessively stout,thin, tall or short people.” Kretschmer and Sheldon (in Louw, Gerdes & Meyer 1990:26)

3. Environment factors A distinction is made between physical and social environment. The main psysical factors are things like climate, an adequate supply of oxygen, toxic gases in the atmosphere, an adequate food supply, temperature and overpopulation. Social environmental factors include social contact with people through communication such as education, social conversation, reading matter, radio and television.

4. Personal factors The fourth set of factors that influences human development is personal factors. It includes things like personality, self-concept, disposition, motivation, enthusiasm and stamina. These factors can either intensify or reduce the influence of genetic, constitutional or environmental factors. For instance blindness; whereas one person may withdraw from society because of the handicap, another may overcome handicap courage, self-confidence and enthusiasm and still live a rich, full life.

The prenatal period lasts from conception to birth. This is a vital important development phase, during which enormous growth and development occur. The prenatal environment and various other factors can hamper the growth and development of the foetus so much that the child’s physical and mental health will be seriously affected after birth. Factors influencing the wellbeing of the foetus are: the mother’s age and eating habits, imprudent and excessive use of medication, narcotics and alcohol, contact with certain infectious diseases during the first three month of pregnancy, incompatibility between her blood group and her baby’s and the emotional state of the mother.

Neonatal phase starts from birth and ends when the baby is about four weeks old. During this phase babies are called neonates. Babies are tiny creatures, extremely fragile and vulnerable. They are most dependent on adult care. They have to be fed, comforted, cleaned and protected. Despite their helplessness and dependence they are not totally unprepared for life outside the womb. On the contrary, at birth babies possess abilities to control their new environment. They are able to eat, expel bodily waste and regulate their body temperature.

The first two years of a child’s life are a period of rapid change. Apart from tremendous bodily growth, there is rapid cognitive development and it is a critical period in children’s psychosocial development.

Change continues in early childhood, but less rapidly than during infancy. During this phase children become physically more capable, intellectually more able and their social life becomes more complex. Their command of language improves dramatically and they soon learn the rules of their mother tongue and secrets of communication.

The preoperational phase is a phase pf preconceptual and intuitive thought and has the following characteristics: 1.Children live through their imagination 2.Objects are use differently from the way it is used. For example a broom becomes a horse. 3.The children language has some characteristics: -egocentrism: they talk to themselves or about themselves -repetition: they like to repeat new words or phrases -experimentation: young children like to experiment with new words and ways of talking -imitation: they consciously imitate sound

Many of us remember little about our infancy and early childhood. But from middle childhood onwards most people remember quite a lot about their lives: their emotions, relationships are sometimes also how difficult it was to adapt to school and learn to read and write. 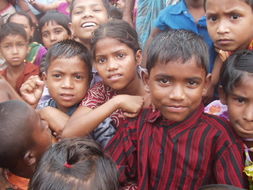 Although it is difficult to tie the adolescent phase to a chronological age, it is generally accepted that it starts somewhere between the age of 11 and 13 and ends between the ages of 17 and 22. Adolescents were regarded as people characterized by inner stress and confusion .modern researches no longer hold this view. They say that adolescence is a period of enormous change in all domains of development and these changes can cause children serious social and emotional problems.