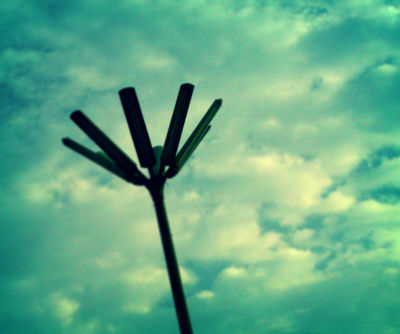 Image courtesy of Chaos in June

For K-12 learners, student work should be published only very carefully. One of the greatest concerns when publishing a student's work is to maintain privacy. Stories of online predators make front-page headlines, but are not necessarily reflective of reality. For example, Wolak et al. (2008) from the University of New Hampshire reported that "only 5% of predators pretended to be teens when they met potential victims online" (p. 112). Neither this report, nor others like it, are meant to diminish the seriousness of internet predators or suggest educators should be casual about posting student material online. But these issues should be looked at realistically, without undue paranoia.

Some OER projects, such as a mashup of video relating to an election, have minimal privacy concerns when published on something like YouTube. In cases such as these, the students would not necessarily expose themselves to any privacy problems. It should be noted that even OER without video or pictures of learners may still have privacy problems if the attribution is too revealing. Use your best judgment and rely on applicable local policy and law when deciding what type of attribution to give.

OER that include images or video of students can be problematic. Recently, the parents of a minor began a lawsuit against Creative Commons, a photographer and Virgin Australia for using a picture of their daughter (which had a Creative Commons license) as part of an advertisement. At the time of this writing, the case has not been resolved, but it does demonstrate some of the complications of using students' images (Lessig, 2007; Linksvayer, 2007). A simple way to work around this is to obtain parental permission before publishing. In the parental permission slip you'll want to explain the nature of what you're publishing and where it can be found. In the U.S., learners below the age of 18 are not able to make contracts, and therefore cannot license their material openly. Check with your institution's legal department for local laws and institution-specific policies regarding learner privacy.

Privacy is not as large of an issue in higher education settings. Learners are often of age and do not require parental permission slips. However, learners should be informed about what, where and when the content will be published and how they will be attributed. It is critical to remember that these students are the copyright holders of the work they produce. Also, check with your institution's legal department regarding policy.