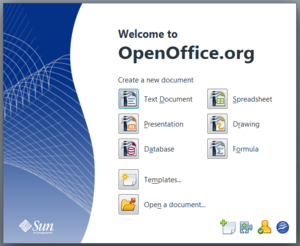 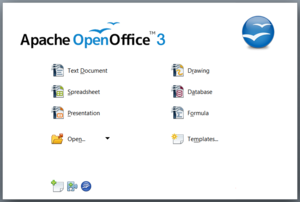 You must have been working on Microsoft word for your job work . Thers is another office productivity tool called OpenOffice.org, and often called OpenOffice or Ooo. It is an open-source office productivity software suite whose main components are for word processing, spreadsheets, presentations,graphics, and databases. OpenOffice originated as StarOffice, a proprietary office suite developed by German company StarDivision. In August 1999, StarDivision was acquired by Sun Microsystems which released it as open source software under the name of Open Office. Sun in 2010, was acquired by Oracle Corporation briefly continued developing OpenOffice.org which it renamed Oracle Open Office, but in 2011 the firm stopped supporting commercial development and contributed the suite to the Apache Incubator to become a project of the Apache Software Foundation. As of December 2011, the project is officially known as Apache OpenOffice.It is now managed by Apache. OpenOffice is available for a number of different computer operating systems. It supports the ISO/IEC standardOpenDocument Format (ODF) for data interchange as its default file format, as well as Microsoft Office formats among others.

Back to Unit 2.4 Homepage
Retrieved from "https://wikieducator.org/index.php?title=Openoffice_tools&oldid=789691"