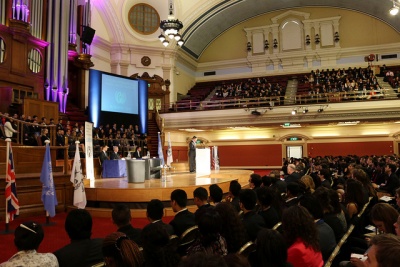 In this module you will engage in the Model United Nations simulation. You will be required to represent your country position faithfully in the negotiations around the topic allocated to your committee. This simulation will be guided by a strict set of rules that both structure the debate and mirror the procedures and protocols of the United Nations.

Week 9: Opening the Debate: each country will deliver a Country Position Statements at the opening session of the Committee and debate will begin around issues. Working papers may be introduced.

Week 11: Substantive Debate: we envisage that there will be introductions of amendments and perhaps an alternative draft resolution.

Week 12: Final Debate: this is the final session devoted to debate so the working of the final resolution to be voted on will have to be settled this week.

Due to the nature of a MUN simulation, the content of the simulation for each of the weeks is not rigidly prescribed. Instead, it is based on the flow of the substantive debate from week to week at the discretion of the tutor. Students are encouraged to continue the debate and lobbying online and outside of the classroom using Facebook groups or chat to ensure that the best outcome is achieved for their country - if you are using chat for small group consultations include your tutor in the chat so we can count this to your MUN participation.

Participation in the simulation is worth 40% of your overall course mark, so come prepared and find ways to contribute.