I got 82 in this test and I'm very disappointed . In the last test I got 96 and now it was a disappointment for me. I think that the reason for getting this grade is simple, I have got nervous from the listening because Nellie read the text very fast away from me and I couldn't hear her very well and be focused. From that point I was terrified and I think that it dragged all the test. I know that I can get 100 in the exam and in the bagrut, I just need to relax and be focused.

In my opinion, if we use a tape in the test we will hear clearly the spoken text and we will get used to the way the bagrut works in module E.

First of all you should sigh up or make new account. Then you you get an e-mail, click on the link and aproove your account. After that you design your page while making new pages. If you do not understand something or you don't know how to make new things, click on the "Help" ling in the side of the page.

When we hear the word Elephant, our first assosiation will probably be nature or water but we will defenatly not think on tsunami or on any connection between those words.

Elephants are known as big and heavy animals that serve people by beeing a widespread transportation in India. In the last century people had noticed that before disasters as earthquake or tsunami happened, the elephant ran to a safe place and felt that something is wrong. People started think that maybe animals had a sixth sence that gives them the opportunity to feel danger. However scintists did not find the proof that this is true. The tsunami is one of the disasters that elephant had feel them before they happened. Tsunami is a huge wave that comes from the ocean because of an earthquake in the middle of the sea. The tsunami cause destruction in lifes and property. Even though the elephants didn’t always felt the tsunami coming that’s why scintist can not find the proof for the sixth sence.

On my opinion, I think that there is something beyond the sixth sence that maybe the science can no proov. And If its exist we will probably find the key to use it for our intentions.

Elie Wiesel is a survival of the holocaust, and the writer of the book “Night”. From the exposition we can understand that Elie was 12 years old boy that was a tight beliver and (a jewish one). Elie lived in 1941 in Sigith in Romanina. The characters that were mentiond in the story are: Elie,Moshe the beadel and Elies father. We have got a spacific description of Moshe, he is look like a clowen and someone that the kids like him, specialy the jewish one. Another important thing is that he involved in the Kabala. From the description of Elis father we can understant that he is very unemotional men that his friends are more important for him, more then his friends. Elie had a special interest in the religion, specialy in the kabala and he had found a teacher that would teach him the kabala, even if his father didn’t allowed him to do so. Elie had found Moshe, that will teach him the kabala.

The comparison between 3 storys.

All the storys that I will deal with them are involved in the improvement of young people and the chance to change their life. The first story “A fresh start” deals with a kide called Ryan that got the chance to improve him self in a boarding school. He got his special chance in a special TV program that took him from the streets and put him in exclusive boarding school. The scond story “Homeless to harvard” deals with a woman called Liz that was borned to a very unusual family, her parants were adicted to drugs and they were unemployed. After she droped out of school and lived in the streets, she had decided to take her life in her own hands and after she finished her high school she got a special scholarship to harvard. The thired story “The hip hop project” deals with a special project of a volunteer organization called “Art start”. During this project Art start worked with kids that were in risk, homelss or living in shelters.The project was to develop hip hop album with those kids in intention to take them out of the streets and the danger. The project was very successful, in the end the kids produced an album called” Are you feelin’ me?”. This is a good example of how music can help kids and take them out of the danger. All this story are examples of how kids can change their life if they want to and if they have the chance to do so.

Problems in the story “fresh start”

The story “A fresh Start” is one example of how people can grow and change if they have the chance and the wiling to do so. The story has contained many problems that are familiar in our society, The first problem is that kids in UK don’t get the same education. The education in UK is depends on the social-economic level of the children, the more the family is richer the better education is given. What bring us to the second problem that deals with the difference in the social economics situation between the kids. We can see that Ryan came from poor family, because of that he got a different treatment in school. Teachers said that he is rude and disruptive only because they didn’t understood him. Another problem is that there are no resources to rehabilitate all the kids that suffer from all this problems. Ryan had a big luck that this program gave him the chance to improve him self, many other kids can only dream on this kind of chances.

Application For a Job

Hello, my name is Eitan and I'm 25 years old. I heard about your company and I'm willing to work for you. I have studied chemical engineering in Howard University for 8 years and I have a Ph.D. I have worked in "Teva" in Israel for 5 years but after I got a green card again I have decided to move to USA. I have allot of experience in this kind of work and I'm sure you are going to be satisfied from me if you will accept me. I have full Bagrut diploma with specialization in biology, chemistry, and Biotechnology. I think that I will be a great addition to your company and I'm going to be devoted and loyal for you. My phone number is :123-546-777 , and I'm open for a new suggestions .

Thank you and good day!

Sukot is the third holliday in the Jewish year, it occurs in the 15th day of Tishrei.

This holiday simbolyze the time that Bnei Israel slept in Sukkot in the desert while they escaped from the Egiptions. Sukkot is one the “Shloshet Haregalim”, which means that it’s one of a 3 special holidays that by the Biblies order it’s a custom to go to Jerusalem in this holidays.

Sukkot known as a family holiday, all the family spend time together in building the sukka and in the celebration.

Yom Kipur is the most important holiday in the Jewish year. This is the day that God decide the verdict of every one of us by his/her behavior in the last year.

Yom Kipur known as the Day of Atonement, it starts in the last day of "Hayamim Hanorayim" that gives us the opportunity to ask for forgiveness before the judgment day (Yom Kipur).

In Yom kipur people should stay in fast for 25 hours and strike from every work. before the fast all the family eat a big dinner that represent the start of the fast and the beginning of the judgment of God.

After 25 hours, all the family get the judgment with a special dinner called "Aruha mafseket". Then every on of us start his/her year with his private verdict. 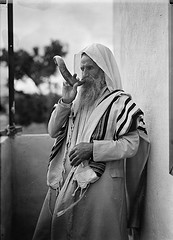 Hayamim hanorayim are the most important 10 days in the whole year, these are solemn days that gives people the opertunity to ask for forgiveness and to forgive others. The last days of the Hayamim Hanorayim called “Yom Kipur”, this is the last jadgment day of God that jadge us for our actions and behavior.

The most important commandment in Rosh Hashana is to blow in the shofar, that symbolyze that the jadgment day is coming. In Rosh Hashana all the family sites for a big dinner, and eat traditional food that includes: Fish head, Apples and honey and others according to their ethic group.

In Rosh Hashana people like to send greetings for their relatives in greeting cards, SMS messages and phone calls. The famous version of greetings is ”Shana tova” which means “A good year”. 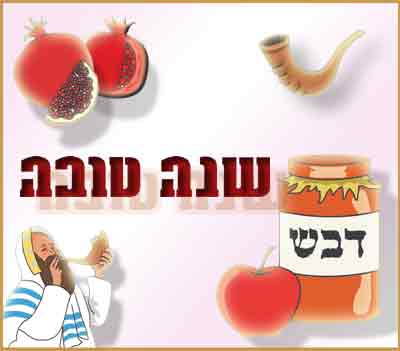 COL is divided into 3 main sectors: education, learning for livelihoods and human environment. All the sectors help nations to increase access to multidisciplinary education at all levels according to the sector. In addition, COL helps countries to identify where livelihoods can be improvrd , and creat matching learning opportunities.

Examples for the main projects that COL develps are the virtual university for small states of the commonwealth countrys and the Wikieducatior , a community resource for free educational content.

COL is an example for national fraternity that gives big opportunity for the developing countries to promote the education and to get suport from developed countries.